Tenor David Lee Brewer sang a stupendous fourth act Rigoletto, thrilling…. the audience was so enraptured they began singing along. 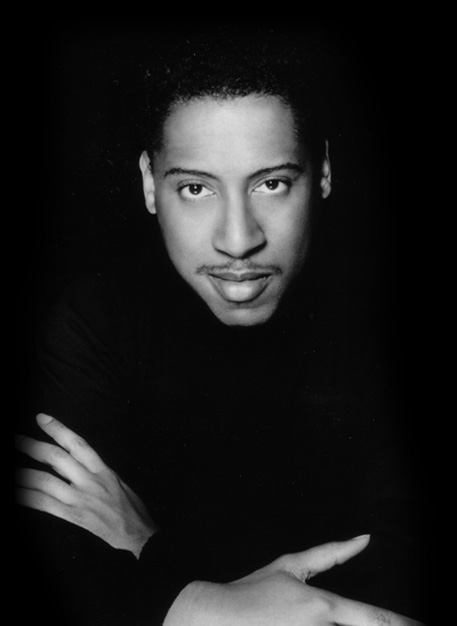 The tenor David Lee Brewer, born in the United States in 1963 as the grandson of vaudeville performers, began building his opera career before he had left his teen years.

His career has taken him to every corner of the world, from Iowa to China, and has been anything but conventional.

"American opera singer David Lee Brewer is the perfect entertainer. Omaha, Nebraska doesn’t sound like the name of a city where one of Europe’s most sought-after opera stars should have been born, but it is."

Brewer’s training led to early professional engagements not only as a singer, but also as a dancer (ballet and modern) and an actor, which have informed his work in opera. Beginning with his debut roles at Lyric Opera Cleveland in 1987, Brewer quickly soon became a rising star, appearing on other eminent U.S. stages: Lyric Opera of Chicago, San Francisco Opera, Seattle Opera, Houston Grand Opera, Dallas Opera, Los Angeles Opera, Portland Opera, Virginia Opera, and New York City Opera.

Still courted by leading management firms on two continents, he sings roles that range from Don Ottavio (Mozart) to Don José (Bizet), and from the Italian Singer (Der Rosenkavalier) to Kinnah (Anthony Davis’s Amistad) and Sportin’ Life (Porgy and Bess).

For all these performances, Brewer has consistently garnered outstanding reviews. From Houston to Potsdam, critics have commented upon his versatility, artistic integrity, and beauty of singing—what Le Figaro summed up as his “Tour de Force.” 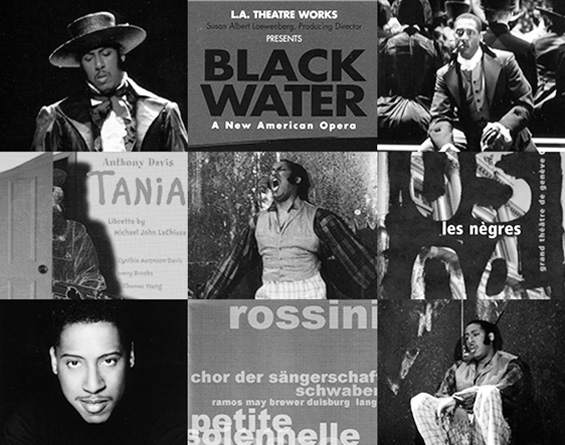 Tenor David Lee Brewer sang Beethoven’s “An Die Ferne Geliebte” with an absolute authority and with clear diction.  His voice is warm in timbre and exciting, showing many colors.

A real talent…David Lee Brewer finds echos of Sportin’ Life as Pimiento and moved with great accuracy between the difficult singing lines and dancing.  His French was superb.

In addition to his roles on the opera stage, Brewer has sung in concert performances from Tulsa, in the U.S., to the Symphonique et Lyrique de Nancy. Performing with such conductors as Christoph Eschenbach, Michail Jurowski, Dennis Russell Davies, Julius Rudel, Günter Neuhold, Arvo Volmer, Willie Anthony Waters, Patrick Davin, Arthur Fagen, and Anton Coppola, Brewer has sung with the Houston Symphony in its home concert hall, Brandenburgisches Stattsorchester Frankfurt throughout Germany and Poland, and with numerous European orchestras at the Berlin Philharmonie. He has been a frequent guest with internationally renowned music festivals in Europe.

Brewer’s performances are informed by his passion for teaching. He maintains a private studio in Berlin, his permanent residence. A frequent guest lecturer at universities and music schools in America and Europe, Brewer also leads vocal master classes throughout the world.

He regularly coaches aspiring singers in Germany, France, and England, as well as in Eastern Europe and Asia — his master classes on Chinese and Turkish television have been highly successful.

In addition to Brewer's career as a singer and teacher, he joined forces in 2011-12 with Signed Media Group in Hamburg to co-create “Open Opera”. This very first classical casting show, for ARTE (Europe’s equivalent of the U.S. PBS or A&E channels), produced Bizet’s Carmen, which aired in summer 2012 for a pan-European audience of more than 10 million viewers.

Since then Brewer has appeared regularly on ARTE, as well as other major European Networks, and in particular Mezzo, France 2 and La 2 de TVE, Spain. In 2013, the tenor returned to the stage and classical music, singing with the Classic Open Air Festival am Gendamenmarkt in Berlin. The reviews were outstanding.

"The Man of the Evening."

Shortly thereafter, the tenor began performing a series of lieder concerts throughout Germany as preparation for the recording of his first lieder CD, which debuts on his own label in 2017. Arranged especially for him, Schubert's "Die Schöne Müllerin," is set for tenor voice, viola, violin, guitar and piano.

Tenor David Lee Brewer found the exact style of the powerful French tenors in the long phrases as Werther.

David Lee Brewer, with the highest level of acting was absolutely convincing as Werther.  In this very demanding director’s concept where Brewer was onstage the entire span of the opera, the tenor carried the weigh of the opera admirably…. done in German and with very clear diction from Brewer, the tenor possessed, in all forte sections, brilliant and effortless high tones.

David Lee Brewer sang with a powerful energy that mesmerized in Tippett’s “A child of our Time” with the Philharmonisches Orchester Heidelberg.

Equally at home in popular music as he is in opera, Brewer says, “A star talent must know everything there is to know about his or her craft. Talent is not enough.” He is on a mission to “connect cultures through music.”

As a teacher of singing he has developed and continues to train some of the biggest and best names in entertainment, working with them, for the most part, in their native languages. With vast experience as a producer, a publicist, and a songwriter (he was a BMI songwriter and became a songwriter member of GEMA in 2009), Brewer attracts many aspiring singers for guidance in their career development. To date, his list of pop protégés includes such famous artists as Beyoncé Knowles, Kelendria “Kelly” Rowland, LeToya Luckett, and Destiny’s Child in the United States, and Frida Gold and Femme Schmidt, Finn Martin, and Cindy Bao in Europe and Asia.

With performing in his DNA, singing as his principal career, and teaching as his passion, Brewer knows that at his age, he is just coming into the prime of his life. He holds in highest regard his own teachers Sylvia Olden Lee (renowned coach at the Metropolitan Opera), legendary soprano Grace Bumbry, and the international star tenor Ben Heppner, whose wisdom continues to inspire him and his work.